• Networking infrastructure updated to be more performant. This should also hopefully reduce the chance of connection failures during matchmaking. (Experimental)

• Sticky Targeting is now enabled by default. To disable this, edit options.json located in your steamapps folder.

• Additional customization of user interface can be made with the options.json file located in your steamapps folder. For example, you can edit this file to have vertical party frames or to enable/disable specific parts of your UI.

• Improved nameplate readability by smoothing out and removing all frame wiggling/jittering on buffs/debuffs during player movement.

• Matchmaking adjusted to be tighter with hard caps on large rating gaps between opponents.

• Keybind support for up to 20 mouse buttons.

Gameplay should not revolve around prioritizing Basic Attack over your Spell Bar abilities. Spamming spacebar for resource-generating GCDs is not only unintuitive (especially for new players), but it also locks up your Spell Bar constantly, which frequently closes the window for the player to do cool things during battle. We feel that this gameplay loop detracts from the funner part of gameplay combat, and instead we want players to have more uptime on their Spell Bar and less time spamming Basic Attack.

All Champion abilities have been adjusted to now generate Rage instead of cost Rage. Yep, you read that right. In addition, once a Champion reaches maximum resource, an Enrage proc will trigger. 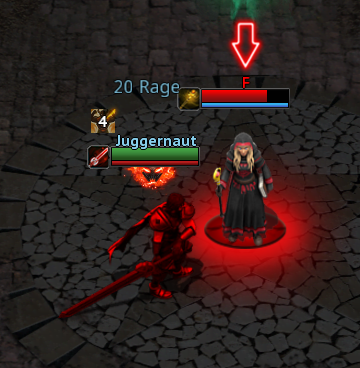 Enrage lasts 4 seconds, causing the Champion to deal 10% more damage, receive 10% less Damage, and gain 10% increased movement speed. While Enraged, you cannot gain Rage and will deplete 25 Rage every second. Once the Champion is back to 0 Rage, the process will reset.

• Puncture damage per tick increased by 3%. Duration increased from 9 to 10 seconds. Now restores 2 energy per tick.

• Base Energy Regeneration now ticks every 750ms instead of 1000ms. You no longer gain Energy from Basic Attack. Read the above note for details regarding this change.

• Read above to learn more about Enrage procs.

• Rage values for all abilities have been changed and reworked to now generate Rage instead of requiring it. The exact amount of Rage generated from each ability is not reflected on the tooltips yet and will be next patch.

• Corrosive Asp damage increased by 12%. We want healers to have better options when bringing DPS abilities on their bar to contribute to burst setups.

• Shapeshift: Spirit Wolf is now on the global cooldown

• Exhaustion slow reduced from 70% to 50% over 4 seconds. This wasn’t a popular spell choice, but trust us .. it was completely busted.

• Parasite duration reduced from 10 to 8 seconds.

• Underworld Armor physical damage reduction reduced from 15% to 10%. Duration increased to 120 seconds. Lich shouldn’t be more tanky than the plate classes. 10% also matches Nihilist’s Dark Inoculation. Duration is a quality of life improvement for abilities of this type.

• Tooltips have been fixed on some abilities.

• Blackout cooldown increased from 18 to 20 seconds.

Lingering Demise will likely be shorted in a future patch. We didn’t want to mess around with Nihilist’s numbers since there are already a lot of changes happening in this patch.

Choosing your Seal should be a calculated tradeoff to specialize in either damage or healing, not both. We are planning on altering the Seals accordingly in a future patch.

• Base Energy Regeneration now ticks every 750ms instead of 1000ms. You no longer gain Energy from Basic Attack. Read the above note for details regarding this change.

• Chilling Armor duration increased from 30 to 120 seconds. Quality of life improvement for abilities of this type.

• Meteor damage increased by 10%. Landing big meteors should be more rewarding and consequential.

• Shock Nova now has no cooldown. Base damage increased by 20%. This spell wasn’t even close to relevant. Keep in mind, it costs 350 mana per cast!

• Geyser cooldown increased from 20 to 25 seconds.

• Tooltips have been fixed on some abilities.

• Fixed a bug that caused Spells and Items to be dragged unintentionally.

• Fixed a client crash caused by opening the vendor moments before a screen transition.

• Fixed a client crash caused by purchasing an Item moments before a screen transition.

• Fixed a client crash caused by Meditating during a GCD timing overlap.

• Fixed a client crash at the end of the Tutorial or Training Grounds when unloading Bot allies from your party.

• Reduced the chance of Client freezing. At the same time, we’ve started to add freeze detection/resolution if recovery fails.

• Buffs with long durations no longer display their numerical value on the icon (clarity improvement).