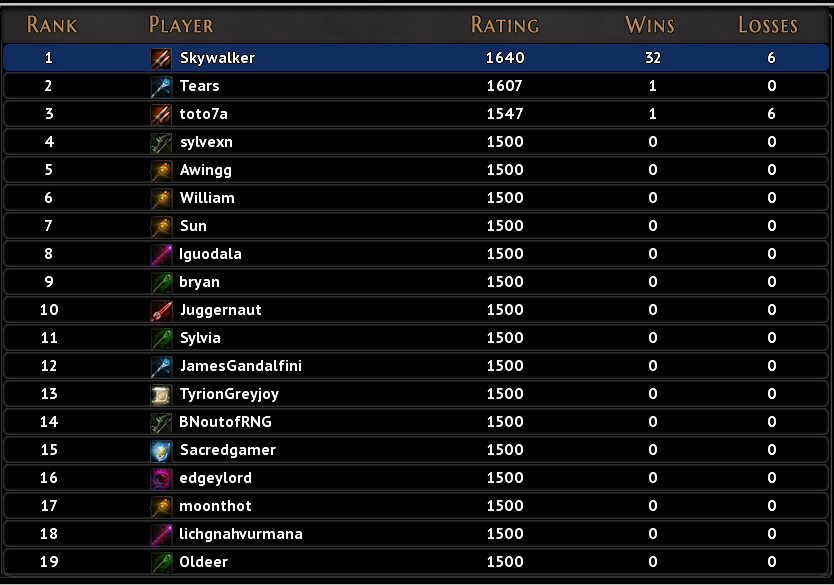 this screenshot has artificial rating values.

• A new in-game scoreboard has been implemented 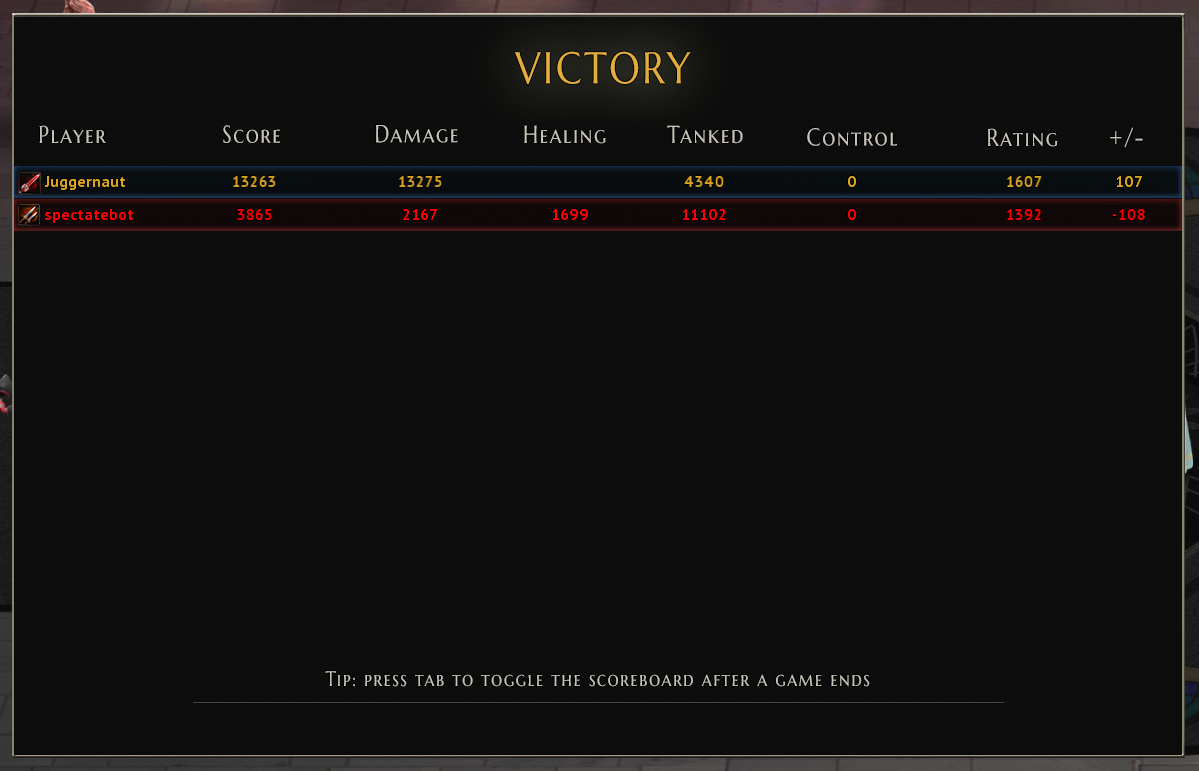 • Parasite cooldown reduced from 10 to 6 seconds.

• Pestilence radius increased from 15 to 17 yards.

• Blessing of the Sun and Moon mana cost reduced from 255 to 225. Typically an unused skill, this will give a better value option for mystic.

• Healing Vision mana cost reduced from 355 to 345. Tiny quality of life to bring this more in-line with the best healers.

• Temporal Barrier mana cost reduced from 340 to 300. Improving the value from cooldown spells.

• Seal of the Heavens healing values reverted to the previous patch – no longer reduces Power.

• Rain of Arrows duration reduced from 3 to 2 seconds.

• Chilling Armor now also has a 20% chance to Freeze for 2 seconds. Duration increased from 15 to 30 seconds. Cooldown increased from 5 to 15 seconds. Now only procs from physical damage. Legacy tenacity component removed