• Meditate is a new Common Ability for all classes. Press Z to begin the 1 second Meditating cast, which buffs you for 10 seconds, restoring Mana to casters and Health to non-casters. Meditate ticks every 2 seconds and the amount restored is increased every tick. Meditate ends upon taking damage, moving, or receiving a new debuff. With the introduction of Meditate, we want games to be able to be drawn out to have the possibility for meaningful lategames/endgames. 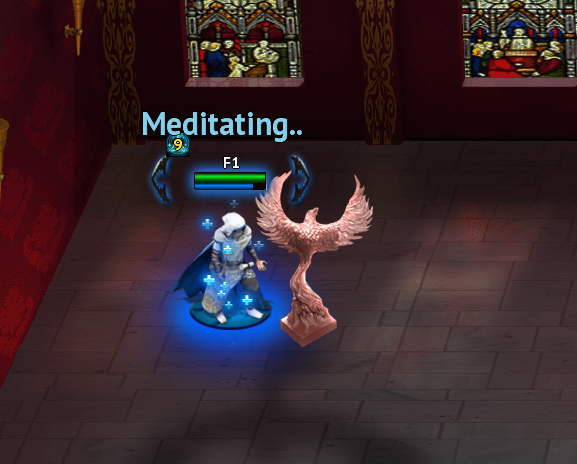 • Item linking can now be done by Shift + Left clicking an Item. 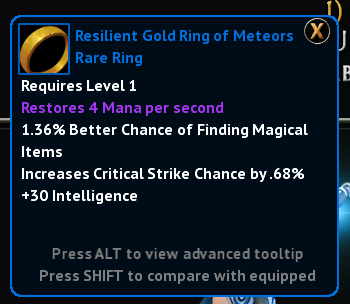 • Hovered Items can be compared to currently equipped by holding down Shift.

• Hovered Items can be analyzed to provide full stat breakdowns by Holding down Alt. 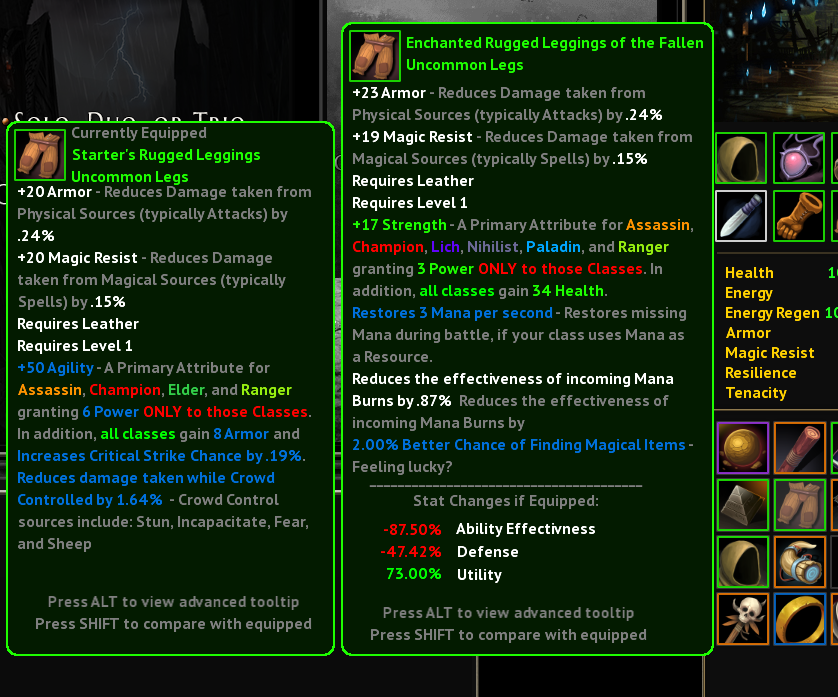 • New Nihilist Spell Dark Inoculation: Commune with The Underworld, causing all offensive Spell casts apply 1 stack of Gloom for 7 seconds. In addition, your shadowy presence grants you a 10% damage reduction. Lasts until canceled or upon casting Shadow Affinity, Infuse, or Orb of Replenishment. Gloom: Increases Damage taken by 2%. Stacks up to 3 times

• We’ve started to implement abilities that apply Stackable buffs/debuff. Dark Inoculation and Mending Spirit (see below) are the first spells we’re testing with this new system.

• Lobby channels now have more features, Right Click a Player in a channel to be prompted with the following options: 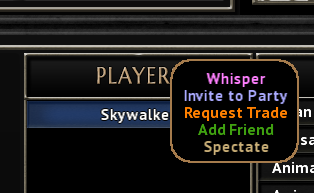 • Party chat, In-game chat, and Channel chat is now functional. When typing a message in the lobby the directed channel will change as you type. For example, when you type /p the current channel will switch to the Game channel, or typing /1 will bring you into the World channel.

Party Chat: /p hello (used to communicate with your party)

World Channel: /1 hello (used to communicate to the outside world, everyone online)

• When sending a Whisper to a player in the Lobby a new Whisper Channel pops up. This should make messaging easy and organized. Currently the only way to close a Whisper is with CONTROL + Click. 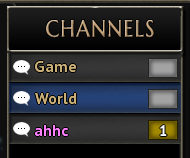 • Health totals have been lowered across the board and are now in the 9000-13000 range approximately (with starter gear equipped). Status ailments will be less effective due to the reduced Health pools. Status Ailments were dealing more damage than we wanted them to.

• Base Power has been lowered by approximately 25%. Sweeping changes to damage numbers have been reenvisioned which are not reflected in the class balance section (too many to list). Ultimately, damage and healing are both nerfed proportionally baseline. Some damage abilities were simply too powerful, and they have been brought closer to balance. Health was lowered slightly to bring Status Ailments more in line number-wise, and with the intent of nerfing damage/burst to a reasonable state. Burst compositions will still exist and are included in the design philosophy, but we’re intending for games to not end in 5 seconds from wombo-combos.

• Basic attacks for Mana users now restore significantly less Mana when at higher current mana and more mana when at lower current Mana. Overall this is intended to be a nerf to the Mana restored to make Meditate the more rewarding strategy for restoring Resource. This change is intended to be a comeback mechanic designed to combat the ‘win more’ feeling that some compositions automatically had. For example, 2 healer teams were sitting at very high Mana reservoirs due to basic spamming and it was very difficult for average team compositions to dent their resources, limiting win conditions.

• Hotkeys implemented for opening different panels in the Lobby:

Open Inventory: I or B

• You can now open Inventory when in-game (but cannot equip anything) by pressing I or B.

• Logging in speed is now much quicker.

• You should no longer get stuck at ‘Position in Queue 1’ when logging in.

• You should no longer need to refresh the Login page upon server restart.

• Spell Book scroll knob is a new graphic and color that is much more visible.

• Gameplay introductions are slower and more steady to give players a short amount of time to analyze the opponent’s team.3

• Shapeshift Bear now restores 4% of Maximum Health every other second instead of 2% Missing Health every second. Deafening Roar reduces Power by 10% (up from 4%). Mana cost increased from 400 to 480.

• Symbiosis duration reduced from 5 to 4 seconds.

• Mending Spirit no longer ramps healing every tick. Now can stack up to 3 times per target.

• Spell Breaker now absorbs magical and physical damage. Spell Breaker no longer Fears when expiring. This should reduce the ‘auto lose’ feeling when solo healing against 2 melee compositions. The Fear felt a bit strange, so we’re getting rid of it.

• Rite of Passage duration reduced from 6 to 5 seconds. Cooldown increased from 16 to 18 seconds. Specifically to target Champion + 2 healer compositions from running over everything, and to prevent mashing this button with little repercussions. This change should encourage thought when using this (removing important slows, roots) instead of hitting it off cooldown.

• Gospel of Onslaught cooldown increased from 60 to 90 seconds. Mashing this button on the opener should have late-game repercussions. This change should encourage more thought when using this valuable team cooldown.

• Judgement duration increased from 3 to 5 seconds.

• Rite of Passage duration reduced from 6 to 5 seconds. Cooldown increased from 16 to 18 seconds.

• Eye of the Storm cooldown increased from 16 to 18 seconds.

• Fixed a bug with the Login queue that was causing users to get stuck on ‘Authenticated’ and stuck at position 1 in queue.

• Fixed a bug that caused X buttons to be non-functional in Inventory, Stash, and Vendor.

• Fixed a bug that caused spell tooltips to be hovered over simultaneously.

• Fixed a bug that opened the Invite a Friend button when entering the matchmaking screen while in Lobby.

• Fixed a bug that caused spells to be draggable through the Stash, Store, and other panels.

• Fixed a bug that caused sliders in the spell book to crash the client.

• Fixed a bug on King’s Ascent that caused players to be rendered through the pillars.

• Fixed a bug in the Tutorial that caused dialog boxes to continuously pop-up every 5 seconds.

• Fixed a bug in the Tutorial that was causing it to get ‘stuck’ and not progress to the next stage.

• Fixed a bug that caused the Spectator camera in Magisterium to be jumpy and uncontrollable.

• Fixed a bug that caused Spectators to not be kicked out of the game when it ended.

• Fixed a bug that caused Spectators to not be kicked out of the game on the event of a server restart or maintenance.

• Fixed a bug with Recruit A Friend granting inconsistent rewards.

• Fixed a bug with Fear/Sheep that caused player movement to influence the ‘forced’ directional.