• Options -> keybinds have been remastered and polished. There are now keybinds for Self Interrupt (default T) and Meditate (default Z).

• Updated the play panels to include Ascension and a Ranked team mode (coming soon).

• Movement will no longer get ‘stuck’ when hard CC’d and key still pressed. Holding down a movement key (or mouse) and getting Crowd Controlled will no longer require you to re-press the key (or mouse). This was a clunky interaction that has been polished, so if you are holding down a movement key -> get rooted -> you will run in the direction when the root expires. Likewise, if you try to move while rooted you will immediately start running in that direction when the root expires.

• Hostile Area of Effect zones now have a red color tint on them to make them more distinguishable from ally abilities.

• During post-game, TAB is now the keybind to toggle scoreboard instead of HOME.

• Added collision to the horizontal edges of all arenas so players can no longer ‘hide’ half of their character model off screen.

• You can now delete your characters in the character panel. 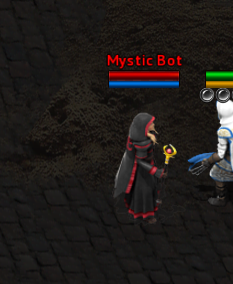 • Auras no longer persist through death.

• You can no longer target dead players.

• Added a Connection Interrupted dialog when there is a network loss.

• Added a success feedback dialog when creating an account.

• Items not reserved to you now are more faded out. Some new players were confused about attempting to pick items that belonged to another player. (Before & After picture below) 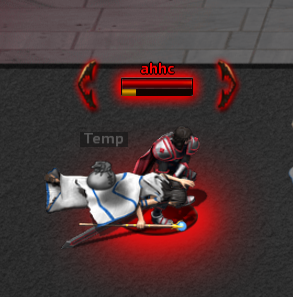 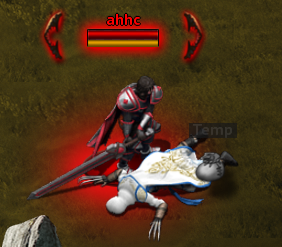 • Control + A for Select all, Control + C for copy, etc. are all functional in the lobby chat now.

• Game channel has been renamed to Party in the Lobby, which is more accurate and should be more helpful for new players. 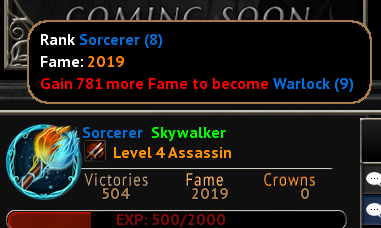 • Inflame can no longer be dispelled.

• Terrify cooldown increased from 6 to 8.

• Parasite has been reworked. Now steals life equal to 2% of current health and 0.5% of max mana every second. Cooldown reduced from 18 to 10.

• Blackout cooldown increased from 14 to 18 seconds.

• Cleanse now dispels up to 3 debuffs (down from infinite).

• Disenchant cast time increased from 0 to 0.5 seconds. Now considered a Hard Dispel, having the ability to remove any Buff.

• Immortality duration increased from 3 to 4 seconds. Cannot be dispelled.

• Quicksand cooldown increased from 15 to 25 seconds.

• Twisting Shot cast time increased from 0 to .5 seconds. Can be used while moving.

• Immortality duration increased from 3 to 4 seconds. Cannot be dispelled.

• Chilling Armor now has a 20% chance to Freeze when struck.

• Fixed a bug that caused team names to not be displayed during the intro cinematic.

• Fixed a bug with Dream of Prosperity internal cooldown not working.

• Fixed a bug with Death’s Grasp causing it to Root for 1 second instead of 2.

• Fixed a bug during gameplay that caused mouse clicks on the play chat to open it when it wasn’t visible.